Every year 14 November is celebrated as Children’s Day to mark the birth anniversary of our first Prime Minister, Pt. Jawaharlal Nehru. Every year IIMPACT celebrates this day with young children in the form of our Annual Function. Girls studying in IIMPACT’s learning centers participate in cultural programmes organized in one of the project areas, prizes are distributed to the girls who have passed their class V exams and IIMPACT’s board members and donors utilize this event to interact with the community members and beneficiaries of IIMPACT. On this day IIMPACT provides them with a platform to celebrate their childhood.

This year the Annual Function was celebrated at village Mahua Khurd in District Alwar of Rajasthan for the simple reason that this is one of the oldest village where IIMPACT works. This village has seen tremendous change in the last years as a result of IIMPACT’s presence.

The community members welcomed the guests from IIMPACT . IIMPACT alumni came to the function wearing their present school uniforms almost as evidence of the change that IIMPACT has brought in their lives.  They are the ones who performed so well in their passing out exams from IIMPACT, class V, they are the ones now creating waves in the higher schools where they are studying.

Besides the older batches, over 200  girls who have just passed class V with fantastic results were also present on this occasion.There were prizes waiting for them as well.

The event was marked by the traditional Rajasthani  welcome of Rajasthan. The fact that Rajasthan is the area where IIMPACT first stepped into with its objective of girl Child Education added to the significance of the event. 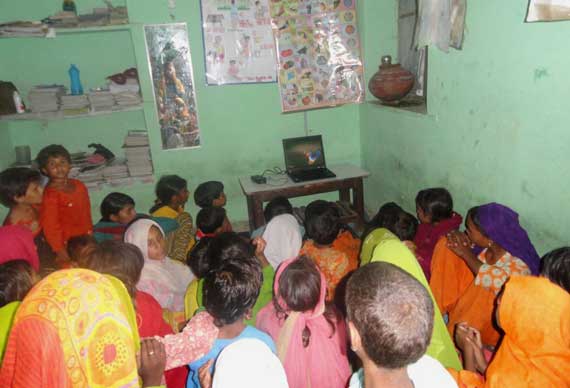 IIMPACT has powered ten of its most backward Learning Centers in Alwar, Rajasthan with solar energy to run laptops and computers donated by Chevron and Deutsche Bank.  These laptops  run with educational material developed by Azim Premji Foundation in Bangalore and donated to IIMPACT.  Since these Learning Centers have no access to electricity, the solar panels also power two lights and two fans besides the laptop. This project has been fully designed by the help and cooperation of Selco Solar Pvt. Ltd, Bangalore, a social enterprise started in 1995 to provide sustainable energy solutions and services in under-served situations. 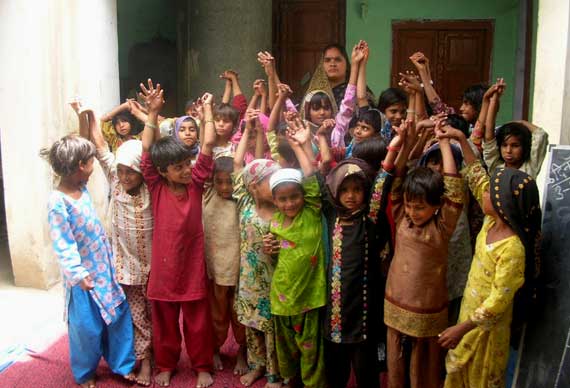 Each year some girls from IIMPACT centres prepare and appear for the class V local Government Board Examination before moving on to the local secondary schools. IIMPACT’s non-formal, multilevel system of education enables girls to learn at their own pace.

This year marked a noteworthy chapter in IIMPACT’s history as 163 girls from our IIMPACT centres in Mehmoodabad, UP appeared for these exams for the very first time. They made us all very proud as each of these girls obtained a first division!

This year’s overall academic results – Alwar and Mehmoodabad together- were once again outstanding with a 100% pass rate. 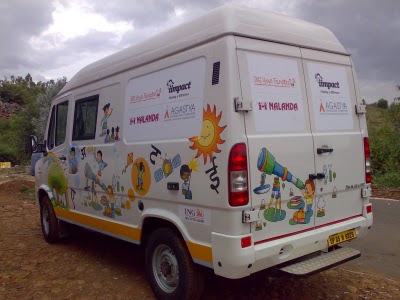 IIMPACT believes that the best form of learning by our girls about the science associated with our environment is through simple demonstrations and practical examples. A pilot project housed in a mobile van has been set up at Mahmoodabad, Lucknow, sponsored by ING Vysya Foundation, Bangalore, and ING Foundation, Amsterdam.  It will impart basic exposure about our environment and the importance of its protection to our girls and their community.  This project is fully designed by the help and cooperation of Agastya International Foundation, Bangalore. 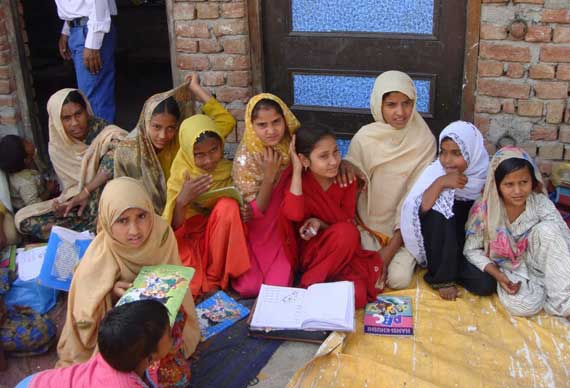 During the recent school and college summer break IIMPACT welcomed volunteers who were keen to get involved and contribute towards our program in some way.

A couple of young ‘friends of IIMPACT’ spent considerable time in the villages of Mewat Haryana and Alwar Rajasthan despite the oppressive heat of the month of June! These girls interacted with the girls and village communities, getting to understand how girl child education was viewed by the various age groups.

Some wonderful photos for our ever growing photo library were clicked by these youngsters – happy to share some of them with all of you….