“One child, One teacher, One book and One pen can change the world. Education is the only solution. Education first”.- Malala Yousafzai.
We at IIMPACT share the same thought and feel strongly about educating girls. Our vision is to transform the lives of women, families and entire communities in India by the educating  and empowering the girl child.
Two young cyclists from Mumbai, Sumeet Paringe (26 years) and Prisiliya Madan (22 years) want to bring about a change in society in a unique way by riding bicycles made of Bamboo from Kanyakumari to Khardung la (4200 km) to create awareness and raise funds amounting to 50 Lakhs. This will educate 1500 girl children. The campaign is backed by Godrej group and is crowdfunded on www.fueladream.com
To read the full story & contribute to the campaign please click on the link:  Cyclist for Change 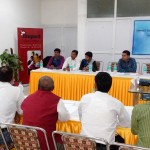 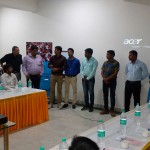 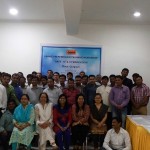 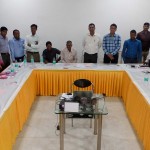 IIMPACT organized two days Refresher Training of the Trainers on 13th & 14th March 2016 on Project Management & Financial Management. The overall objective of the workshop was to build the capacity of the project team.  The training programme involved individual and group exercises as well as inputs and presentations from the different project officers, specializing in their own particular field. The experiences, skills, knowledge and interactive mode of presentation made facilitation friendly and lively. Most of the participants were of the view that the workshop was very relevant to their work.

The Umeed 1000 Mumbai-Delhi Cyclothon was inaugurated on Dec 7th, 2015, to create awareness about underprivileged girl child’s education and raise funds to educate the girl child thereby educating the community at large. Organized by RBL Bank in association with IIMPACT, the Cyclothon is being led by Jasmeet Singh Gandhi, a cycling enthusiast, who will cycle more than 1000 kilometers over 10 days to raise awareness and funds for this cause. Supporting the noble cause, renowned Bollywood actor Sanjay Suri flagged off the Cyclothon today along with Jasmeet Singh Gandhi at RBL Bank’s Thane Branch.

Vishwavir Ahuja, MD & CEO of RBL Bank said, “The CSR initiatives of our Bank are focused around the areas of Education, Health, Sustainable Livelihood and Women Empowerment. On ground programs like this Cyclothon helps us in raising funds for the cause apart from creating a large impact in the form of awareness. I wish to thank all the participants, especially Jasmeet who is leading the effort on our behalf for the second year in a row. I also wish to thank IIMPACT who are our implementation partners in this effort. They are doing some very good work in educating girl child in the states of UP & Haryana.”

Commenting on the occasion, Ms. Nirmala Tandon, CEO, IIMPACT said, “We at IIMPACT have been educating girl children from socially and economically disadvantaged sections of society and putting them firmly on the track for formal education through quality primary education, transforming the lives of women, families and entire communities for several years now. IIMPACT has entered difficult terrains and broken the cycle of poverty. We commit to continue our efforts to identify the poorest and most marginalized pockets. When we first started the initiative 12 years ago, we had the limited objective of freeing girls from the pernicious cycle of illiteracy that they, as their mothers and generations before them, were caught in. Today we find we have done much more. We have changed both the girls and the society around them. Our intervention has brought about noticeable improvement in social indices in the areas where we serve –delayed marriages, improved adolescent health, earning a livelihood, adding to the family income and so on. An increasing number of girls are now well settled. They have learnt to take life positively and are actively improving life in their villages. Many of them have graduated and a few of the girls have returned to our learning centers to teach more young girls. We have gained tremendous support over the years and in our 12th year, we feel proud to be part of this one-of-its-kind Cyclothon for raising awareness on this highly critical issue in our country. IIMPACT consistently advocates that educate a girl and you benefit generations to follow. Our advocacy is led by example and deed”.

RBL Bank Limited is one of India’s fastest growing private sector banks with an expanding presence, with over 183 branches and 348 ATMs spread across 13 states, as of March 31, 2015. The Bank has been recognized by the World Economic Forum as a Global Growth Company, 2014 and has also been awarded India’s Best Bank (Growth) in the mid-sized bank segment by Business Today – KPMG for three consecutive years, 2012, 2013 and 2014.

IIMPACT wishes to thank RBL Bank as the primary sponsors for this event and Jasmeet Singh Gandhi for his commitment and passion for the cause. We also extend our thanks to Adidas, IIFL, Rotary Club, The Times of India, as well as all the individual donors on Ketto.org, who have provided additional sponsorship and support for this event. 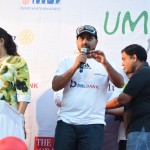 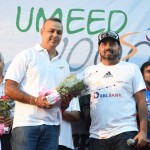 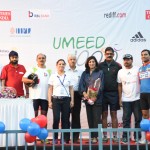 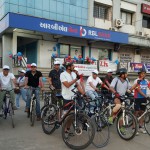 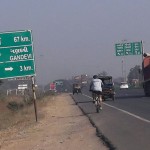 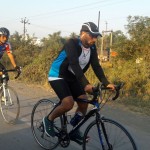 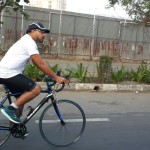 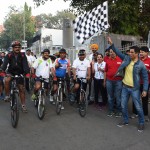 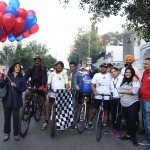 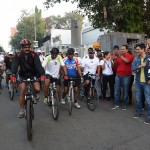 Girl child education is an essential part of ensuring the growth of a strong society and country.

An educated girl will be able to think for herself, create a life for herself that is not dictated by outdated philosophies.

– Early marriages
– High mortality
– Low self esteem
– Low ability to earn or contribute to progress of society
are some of the larger evils resulting from illiteracy.

IIMPACT is a Gurgaon based NGO that provides quality primary education to girls from marginalised communities and makes them agents of change.

I will be cycling from Mumbai to Delhi from 9th to 17th Dec to raise awareness and money for girl child education. You can be part of this journey too by sposoring a few kms and bring the light of education into the lives of many girls.

So go ahead and make an IIMPACT 🙂

IIM-A alumnus CK Venkataraman keeps aside half of his pay to educate 1,700 underprivileged girls 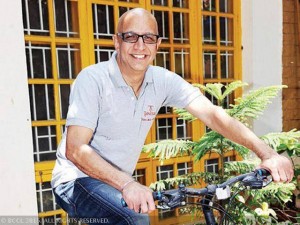 For the 54-year-old CK Venkataraman, the contrast between the haves and the have-nots has always been more glaring in India than other countries. The IIM-A alumnus, who hails from Coimbatore, quotes Jared Diamond’s ‘Guns, Germs & Steel’ and argues how fate can make one person more successful than another with the same potential. “It is for this reason that educating and empowering the girl child has been a cause dear to me,” he told ET.

Venkataraman, CEO, jewellery, Titan Company, has always taken only half of his total remuneration home. The rest goes into educating 1,700 underprivileged girls in the backward villages of Uttar Pradesh and Madhya Pradesh. Heading the CSR activities in his organisation made him understand various social issues in close quarters three years ago. “It helped me clarify my own thinking on the subject (of reaching out to the larger community) and decide where I should focus,” he said.

A year later, Titan relieved him of CSR responsibilities, but Venkataraman started his own ISR — individual social responsibility. “I want to see all these girls through Std10, so that they not only attain a certain level of literacy but are also confident and employable,” he said.

Venkataraman’s involvement does not end with the cheques he signs. Taking the help of NGOs Nanhi Kali and IIMpact which have a strong presence in UP and MP, he also puts his time and skills to good use.

“I visit Ratlam, Shahjahanpur and the villages around it, where the girls are studying, and spend time with them. I asses the progress they are making and ensure that the organisations in-charge pursue the cause with the same zeal and purpose,” he said. “I also meet the village representatives and talk to them about what more they can do to improve the current system and quality of education provided to these girls.” Readying himself for another such trip to the villages he plans to undertake shortly, Venkataraman — also a cycling enthusiast who cares for around 10 street dogs in his locality with help from neighbours — believes that sparing some money and quality time to make a difference is something anyone can do. “The time and money we spend, say, shopping or having a meal at Indiranagar 100 ft road, we can see a child get past one year of education,” he said.

A little girl married off at the tender age of three, later divorced and today benefiting from IIMPACT’s education program – a very moving story recently featured in the leading Hindi Daily – Dainik Jagran.